Calligraphy is written by words, strictly following the original law, and writing by heart. Hao Jingyun of the Yuan Dynasty said: “calligraphy is the art of mind.” To establish the essence of calligraphy, we should return to its main body. Calligraphy is to write people and heart

We must choose the most representative classic learning, which is the key. Ideas and methods are preconditions. Under normal circumstances, the process of erudite learning and specialized research, new theories and abnormal state, and repeated circulation is different. It is necessary to thoroughly understand a kind of Stele Study or post study, carefully refer to and make comparative studies, and formulate relevant scientific arrangements, so as to achieve the degree of effectiveness. Otherwise, it will take a lot of time to achieve the desired effect. Calligraphy has a long history, so we must be familiar with the style of each period. Any study without reasonable method will make a person go many detours. I have been reflecting on myself all the time. There are many deficiencies in my study over the years. Calligraphy is based on Chinese characters. After nearly four thousand years of development, Chinese characters have gradually evolved into five styles: regular script, Li script, Zhuan script, Xing script and Cao script. Generally speaking, regular script is the basis for learning calligraphy, which is for different people and ages. The emotion carried by words is a form of visual art, and the quality of a work can reflect a person’s self-cultivation

Xiang Mu said in his elegant calligraphy: “calligraphy is a kind of prose, which is comfortable and meaningful. If you want to write, you will be relaxed. As for what you want, you can be called God. The book does not change, the bandit foot language God also. How can the so-called deification be beyond the rules? If the rules are skillful, they will be deified. If they are firm, they will be flexible Its meaning is quite subtle, just writing a certain style is not enough, Zhuan Li Shu is the core, when I write other styles for a period of time, I also need to strengthen the study of Zhuan Li Shu, Zhuan Li Shu “Dayu Ding” and “Yishan tablet” are the most representative, with them as the cornerstone, strengthen their own control of the line. Line refers to the sense of extension of line itself and the sense of space of line. It produces behavior with people’s emotion. The performance of line is based on people’s consciousness, and there will be rich changes. Without the study of Zhuan and Lishu, the soul of calligraphy would be lost, which has its original truth. The common style of calligraphy is gradually formed on the basis of seal script. In the process of learning cursive script, we should also study the seal and official script deeply. The relationship between them is very close, which is also very important for calligraphy creation

In the past ten years, in the field of calligraphy, I personally have many problems, that is, I don’t pay enough attention to the traditional stele calligraphy, so I can’t absorb many unique structures. A certain kind of character in a certain type of tablet must be thoroughly familiar with. When writing, we must know the source. In addition, other forms must be integrated to achieve overall coordination, which is the core. It’s not good for you to keep up with today’s calligraphy forms. We should start from some roots and find out what’s original. It’s like a delicacy. Choosing what’s original is the real nutrition. I casually write more than 600 words in the form of Zhang Cao and the effect of leather paper stitching, to find out the feeling, selfless mood, in one go, the whole look slightly wonderful, enjoy, such as savor, of course, there are individual local rhythm, density, overall style and other flaws, can only be slowly understood

With the deep foundation of seal script and official script, in cursive script, the tension of lines is reflected in all kinds of changes. The process of impromptu writing and the super control ability of lines require a certain amount of time to sharpen the bottom of the pen. It is like a stone. If you constantly hone it every day, you will have the Kung Fu in hand. You should keep an ordinary mind and an eternal mind to do it. Different types of Steles should have the accumulation of seal script and official script. Otherwise, writing Han steles is a kind of description, not a kind of state. I think that the first is the attitude towards classics, the second is the way to interpret classics, and the third is the way to create classics. These three aspects are extremely important. For classics, we should always be close to each other, just like people’s survival, food is always inseparable from staple food. Like calligraphy, classics will never sink. A serious attitude requires a deep interpretation, always close to the classics, and a high level of spiritual realm in creation. This is a huge system, which can not be effective in a short time 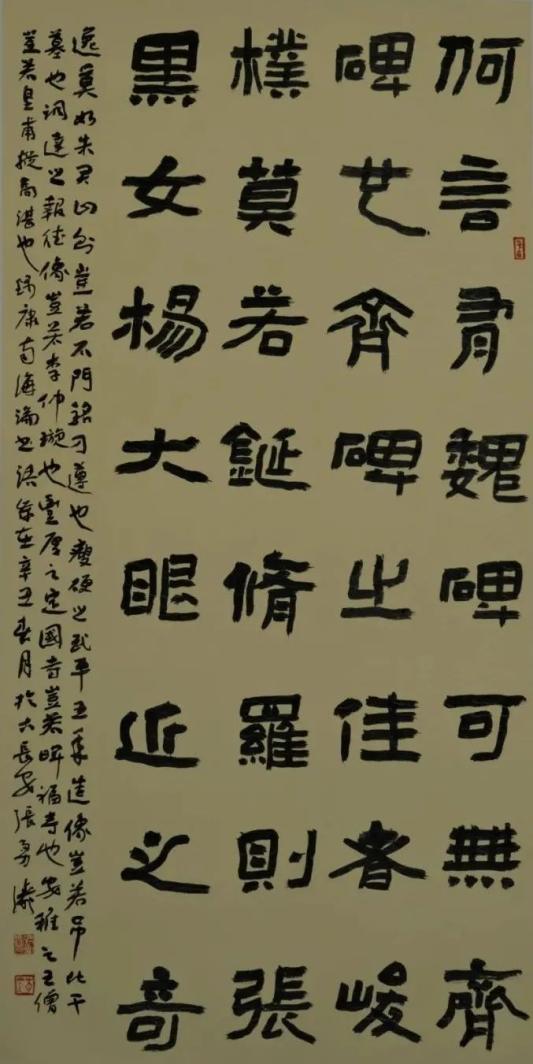 It is necessary to clarify the mind and set one’s mind, deeply understand the strangeness of flow and persistence, understand things through inspiration, and change naturally from the heart. In the process of writing, we should cultivate momentum to enrich our soul, never forget, never rely on others, and strive to achieve harmony and obedience. For calligraphy, it is called the true. One of the ways to sharpen oneself with writing is to enrich experience, which is the process of continuous accumulation, continuous transformation and writing of some different things, deduction in the whole life symbol, perception and experience in life. Experience is a person’s growth process. The more you experience, the more you think. Second, deep cultural accumulation, the meaning of life rises to the cultural level. Cultural awareness needs to be cultivated in many aspects. It is important to record some things with words and then digest them. In art, it is important to form one’s own world outlook and outlook on life. Third, the accumulation of methods, profound knowledge, broad mind, methods can also be said that a certain technique is a lot of writing techniques to support, there is no principle of law, any art does not constitute aesthetic. For example, ancient steles and cliff inscriptions, after a long time of transformation and change, lead to its incomplete and uneven, many words are fuzzy, which form the line beauty of characteristics, and constantly improve through their own perceptual strengthening. It is necessary to flexibly reform different contents, and technical things are also methodological

Blindly writing, not absorbed in the traditional stele, little benefit. Calligraphy, is to learn from the ancients, leaving so many classic resources is the treasure of learning, but also a happy thing, in the process of writing, the spirit of fusion pen smooth, wonderful and easy to forget. When Wang Xizhi wrote the preface to the Orchid Pavilion, the spring was in harmony, the elegant guests and the salty gathering, the heart and hands were smooth, the things and I were endless, and the leisure was in the pen. It’s just a good time! Shen Yinmo said: “the mind and hand are the same, the pen and the book are the same. This is about the problem of the writer’s thought. Only when the mind is suddenly, and there is no doubt that it is stagnant, can we reach the wonderful realm of channeling. In this way, the natural person will be able to read well, and Yiyi will be able to integrate the divine principles. ” Then the way out of the voice of the book

Poetry and calligraphy are all based on knowledge and character. The so-called “character first” is to be a person, and the character is strange. Calligraphy is bitter in ancient times, and its aesthetics lies in the combination of ancient and not in the new. The content of the ancient is very extensive, all of which lie in the discovery

Taking the ancient as the law, it is new and comfortable. The so-called idea of innovation on the basis of inheriting the law of the ancients and seeing the law in the impossibility is also the highest spiritual realm, and its aesthetic pursuit is even more difficult

In the early days of brick and tile travel, we took the writing from the field and got rid of the vulgarity; Or with the interest of the gold and stone sword technique into the Zhuan Li, get strong and straight gas; Or the method of seal and official script is integrated into running script to seek the taste of hunmu and simplicity. There is no definite method in Yu xueshu’s calligraphy. He not only knows the rules of using the pen, but also observes the ancient and modern tablet calligraphy from his eyes and hands. He only wants to be clear and thick, precise and proper. Qing, the heart also; Thick, trace. Zheng Banqiao said: when the rough are fine, improper are fine are coarse. Think about it, think about it. The gods and ghosts know it. Therefore, we should think deeply before we can go far! In retrospect, the profound theory of calligraphy, viewing things and myself, needs to be constantly practiced and understood. Based on temperament, we can enjoy ourselves forever! It needs to be practiced and understood continuously 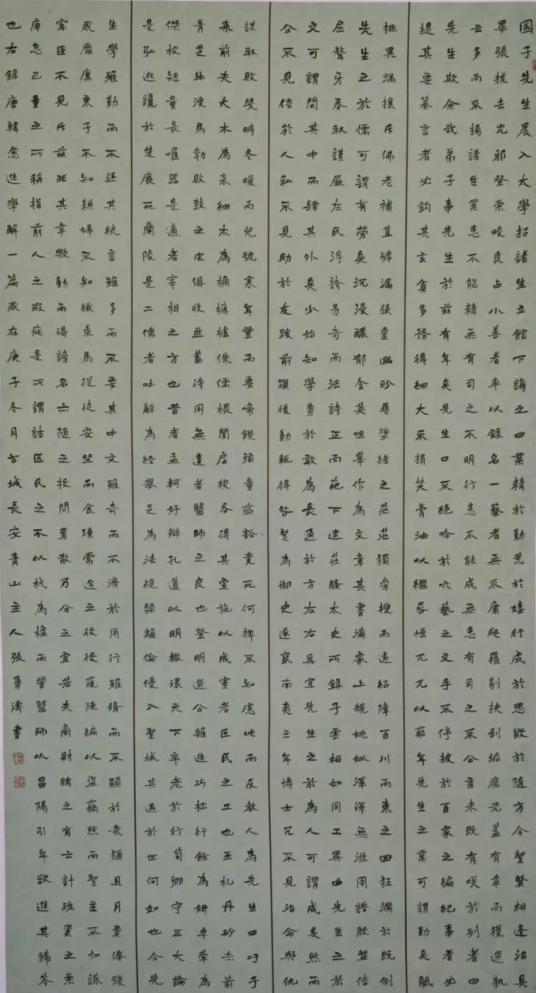 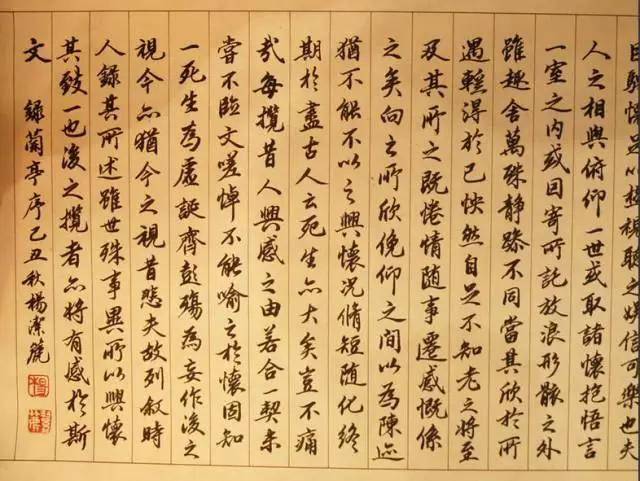 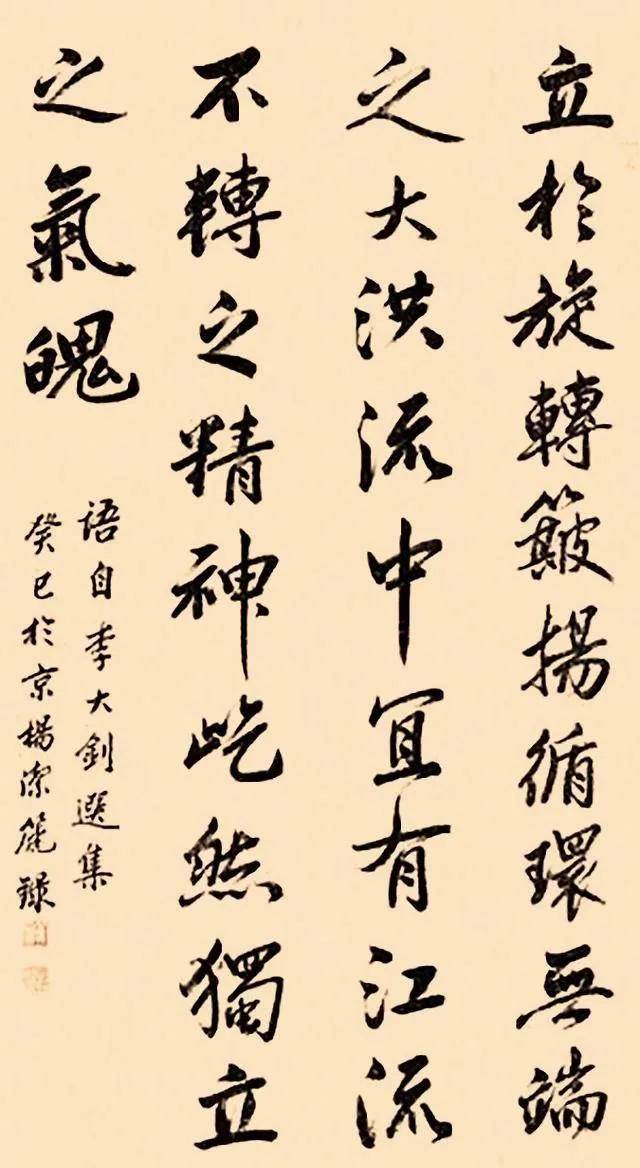